The free and open-source nature of the Android operating system and the customization options it offers makes Android app development a preferred choice for millions of businesses worldwide. Despite this, there are several challenges that Android app developers have to face on a day to day basis, from software and hardware fragmentation to security issues.

Then there is a problem of standing out from the world. With 3 million Android apps already in the Google Play Store and 100,000 new Android apps being added every month, an Android app developer’s job has become even more difficult. Thankfully, you can gain the upper hand by knowing the latest trends and capitalizing on these trends.

The time for software developers has come when they need to authenticate themselves and take care of their software code’s integrity. So, users will have a sigh of relief about software code; they can ensure that the code is not tampered since it is signed. Once you sign software’s code, users put trust in it. As a result, there may be more downloads in the near future. It is a wise decision to buy code signing certificate when you think about developing an application, software, drivers, etc.

2. Instant apps are here to stay

One of the latest trends to hit the mobile app development market is instant apps. Instant apps change the game completely by letting users experience the app without downloading or installing it on their mobile devices. It delivers a much better mobile experience as users do not have to go through many steps to download and install an app.

Instant apps save your device space and use an internet connection instead of device resources to run. Best of all, Android app developers can also make changes to these instant apps and continuously improve them. With instant apps, you do not even have to worry about compatibility issues.

3. Moving from device to cloud

With users creating, storing, and transferring tons of data through their mobile devices, app development companies have to rethink their strategy to cope with the ever-growing user demands. We will see more and more Android app developers leverage cloud computing to shift the huge data load to the cloud. This means that the cloud will do all the data processing, which would also reduce the reliance on mobile devices.

Another consequence of higher cloud adoption in mobile app development would be the creation of a unified mobile experience across the board. Irrespective of which device your users will be using, they will get the same experience as the mobile app experience will depend more on the cloud and your internet connection than the device hardware.

Even though 5G connectivity is still in its infancy and marred by different issues but come 2021, we can expect all those issues to get ironed out. 5G will open up new avenues for Android app developers as it allows them the option to integrate new technologies into their mobile apps to make them more effective. Blazing fast network speeds, transmitting a large amount of data instantly, and low network latency can help the Android app deliver a seamless Android experience. With 5G, you don’t have to experience any lag and delay even when performing resource-hungry tasks such as playing online games in high definition.

With everything around us, from phones to watches, speakers to TVs, getting smarter, why not apps? In 2021, we will see mobile apps become smarter by harnessing the power of artificial intelligence and machine learning. Future mobile apps will continue to learn from usage patterns and adjust your experience accordingly by offering relevant recommendations and personalized experiences.

Flutter has proven to be a game-changer in the mobile app development industry. Coming from the likes of Google, you can expect some great things from it, and it does not disappoint. Flutter allows Android app developers to take advantage of the improved performance associated with native interfaces and offer them flexibility. This allows them to bring their mobile app ideas to life without compromising on the user experience. It is a minor learning curve. Lower app development time and the ability to create custom animated user interfaces make it an ideal choice for budding and Android app developers.

Combine that with its own dedicated rendering engine, straightforward platform-specific logic, and ability to use the same user interface and business logic for any platform means that Android app developers can easily develop cross-platform app development. We will see other mobile app development frameworks pop up in the near future to give flutter a run for its money.

8. Apps for IoT and wearables

According to IoT statistics, 26.66 billion IoT devices are connected to the internet, and this number will jump to 75 billion by 2025. Many businesses are already using this technology to deliver a more consistent experience to users. With so many devices already present and billions of new devices predicted to enter, we will see demand for IoT and wearable apps skyrocket in the future. We will also see new applications emerge for these IoT and wearable apps.

Which Android app development trends can make the biggest impact in 2021? Let us know in the comments section below. 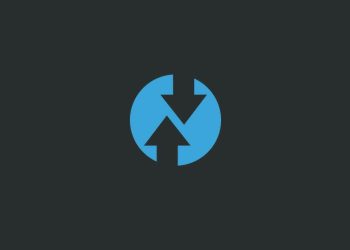