In an event held by Google “Launch Night In,” they launched two new smartphones- Google Pixel 5 and Pixel 4a (5G). As per Google, these new Pixel smartphones own over the top Pixel camera tradition. And with its new Ultrawide lens and added camera attributes, it created a next-level feature to industry-leading photography.

The Pixel smartphones from Google are well-reputed because of their fantastic camera experience. It comes with a built-in AI-based attribute and provides choices like HDR+, Night Sight, Astrophotography Mode, Portrait Mode, and many more. You may have noticed that each Pixel phone has certain camera features that are unique to themselves. As such, this new Pixel 5 camera also has some specific features.

So, let’s have a little bit of intel on these new features of Pixel 5 Camera, and then download the GCam 8.0 APK.

The very noticeable change in the latest GCam 8.0 app is the revised user interface (UI). This change has made the camera easily accessible and more cleaner. Below you can find a comparison image of the changed UI’s of both GCam v7.6 and GCam 8.0 app.

GCam 8.0 has brought-in new quick zoom buttons, which you can find at the bottom of the viewfinder. Or, you can also long-press the zoom button and get to the zoom slider. This long-press option was only available till GCam v7.6 and below.

In Normal, Night sight, and Video modes of the new GCam 8.0, the quick zoom can be switched between 1x and 2x zoom. But in Portrait mode, the zooming can be changed from 1x to 1.3x only. In the front camera, the switch can be made between 1x and 1.4x zoom for Normal, Night Sight, and video modes, and 1x to 1.2x zoom for Portrait mode. The earlier versions of Pixel phones had a zooming switch from 0.7x to 1x only for all camera modes. The new Pixel 5 and Pixel 4a (5G) camera has an additional ultrawide lens, which was absent in the previous versions.

If you focus on the camera app, you may find subtle changes in the buttons. As compared with the previous version, the shutter button this time is hollowed out. The camera modes button is also highlighted in a new greyish accent instead of white. Plus, the other icons visible also seemed less dense.

GCam 8.0 has introduced a quick access default video icon with Slow Motion and Time Lapse video modes in one button. This feature allows easy and fast switch between different video modes like Normal, Time Lapse, and Slow Motion. While the earlier versions would require one and more steps to switch video modes.

The UI of this new GCam app is easily accessible and visually pleasing as well. You can keep taking pictures or shoot videos and also keep an eye on the viewfinder.

A striking feature of the GCam app is the Night Sight and Portrait Mode. Night Sight allows you to capture photos in complete detail even in dim-lit conditions. You can also catch the night sky using Astrophotography mode. The Portrait mode will enable you to capture pictures with artificially created backgrounds without having a depth lens.

Pixel 5 and 4a (5G)’s latest GCam 8.0 has Portrait Mode along with built-in Night Sight Mode. Through this, you can capture images with an absolute focus on the subject and blurred background even in a low-light environment. Also, there is this Portrait Light feature, which illuminates the subject in case the original lighting is not good enough.

A significant addition in GCam 8.0 is the feature of Cinematic Pan. It allows the user to shoot pan videos while capturing and eliminates shakiness. As per Google, Cinematic Pan is “giving your videos a professional look with ultra-smooth panning that is inspired by the equipment used by Hollywood directors.”

The new GCam app’s Cinematic Pan is highly relied not on the hardware but on the software processing. That’s why, if non-Pixel users want this feature, you may get it through Google Camera Ports.

There are also many Video mode stabilization options-

A leveler of GCam indicates the rotational angle when the phone is rotated. The latest version of Google Camera 8.1 has a newly added feature that shows both front and back tilt along the horizontal axis. The earlier version of the rotation leveler was in white, and the new version is in yellow color. If you want to take pictures of the roof, sky, or the ground, you can hold the phone parallel to the ground, then the levelers will be replaced with crosshairs.

Along with new features, GCam 8.1 also includes elements of the previous GCam 7.6. The unique attributes are DND access, Astrophotography Mode, options to toggle 4K video recording, and much more.

Super Res Zoom was initially introduced through Google Pixel 3. It was an innovative improvement in smartphone cameras that overpowered the traditional digital zooming methods. The burst photography of the GCam app is able to combine frames into a single high-res picture, upscales a crop of a single image, and capture multiple frames of a scene. Now you can get detailed and sharp images even while zooming in or out.

9. Face Retouching – Off by Default

“Beauty filters,” almost everyone is obsessed with it these days. There are numerous apps for photo filters and face retouching. Recent smartphones have even inbuilt photo filters on them. These filters offer many options like smoothening skin, pimples, and other aspects of the face.

In an approach for digital wellbeing, Google has created “people-centric guidelines.” This guideline allows the user to fully control when their appearance is to be changed or retouched in the pictures. Hence, Google has made the face retouching feature manual or default on Pixel phones GCam app.

Pixel 5’s Google Camera 8.0.101 is released, and you can download its APK version here and now. Pixel phone users of earlier versions can now install this new version on their older phones. But do keep in mind that GCam 8.0 cannot be installed on any Android One or non-Pixel device for now.

Suppose the porting of the GCam 8.0 app is developed by GCam developers for non-Pixel devices. In that case, we will update this article with all admissible information and link. 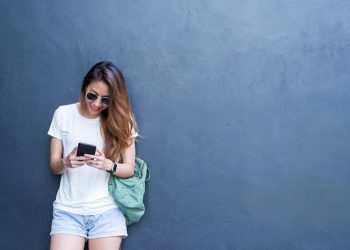 Snapchat+ Is the New Subscription Version of Snapchat