How NetEnt Became a Global Leader in Software Development?

Founded in Stockholm Sweden in 1996, NetEnt is one of the most successful online casino software development companies. Being present in the industry for over two decades also makes NetEnt one of the longest-running companies of this kind. The company has offices in Malta and Sweden and employs over six hundred iGaming experts and enthusiasts. Since 2007, NetEnt has been featured on the Stockholm Stock Exchange.

The company has its roots in land-based casino gaming. In 1963, Rolf Lundström and Bill Lindwall founded AB Restaurang Roulette. Five years later in 1968, the company partnered with AB Roulett konsult and Spelautomater established by Lars Kling and Per Hamberg. Pontus Lindwall, son of Bill Lindwall founded a company that will become a global leader in the online casino gaming industry in 1996.

In 1996, the company registered its first office located in Stockholm Sweden. At the time, it had only three employees and only one customer. While today the company is one of the most successful brands of this kind, the beginnings were quite challenging. At the time, online casinos were not as popular as today. Also, not many people had access to the Internet, and gaming devices used were not as advanced as today. Finally, things started looking better at the beginning of the 2000s.

The company launched its very first casino in 2002. Before crafting its very first mobile game in 2011, the company also opened offices in Malta, the United States, Ukraine, and Poland. The company’s amazing achievements were crowned at the EGR Awards many times. More specifically, NetEnt won the Innovation in Mobile, Slot Provider of the Year, and Mobile Supplier of the Year at the EGR Awards held in 2015.

What is the Company’s Key to Success?

The company is very transparent about its business operations and even finances. On the official NetEnt site, everyone interested can easily go through its yearly financial reports. The company’s latest annual financial report from 2019 shows that NetEnt generated over SEK 1,7 million in revenues that year. Fifteen percent of its 2019 revenues came from its UK operations while eight percent came from its presence on the Swedish iGaming market.

Fifteen percent of its 2019 revenues came from its business operations in other Nordic countries, around forty-eight percent from other European countries, and finally around fourteen percent from the rest of the world. According to the same report, NetEnt slot games generated around ninety-two percent of revenues and table games around eight percent.

Launched over two decades ago, NetEnt is doubtlessly one of the leaders in the industry. Back in 2019, the company recorded over fifty billion transactions on its slots and other games. NetEnt cooperates with over two hundred online casinos and iGaming mobile apps. The company is tirelessly working on delivering new exciting products. Back in 2019, the company acquired Red Tiger Gaming to expand its business.

As a global leader in the online casino gambling industry, NetEnt is always on the lookout for new exciting business opportunities. Back in 2020, the company has signed a business deal with Scientific Games to boost its expansion on the US iGaming market. Shortly after, the company joined other renowned companies that have already made their presence in regulated US iGaming markets.

In 2020, the company also partnered with FashionTV Gaming Group to produce new branded slots taking inspiration from the ‘I Want to be a Trillionaire’ song. That same year, NetEnt also partnered with Rush Street Interactive and PlayLive! to expand its presence in the Pennsylvania online casino gambling market. To emerge on the West Virginia market, the company partnered with BetMGM. The list of major NetEnt partners also includes many other major companies such as William Hill, Svenska Spel Sport and Casino, DraftKings, SoftSwiss, Betsson, and Slotegator. With this being said, NetEnt shows no signs of slowing down. The 10 Best Games to Play at FanDuel Mobile Casino 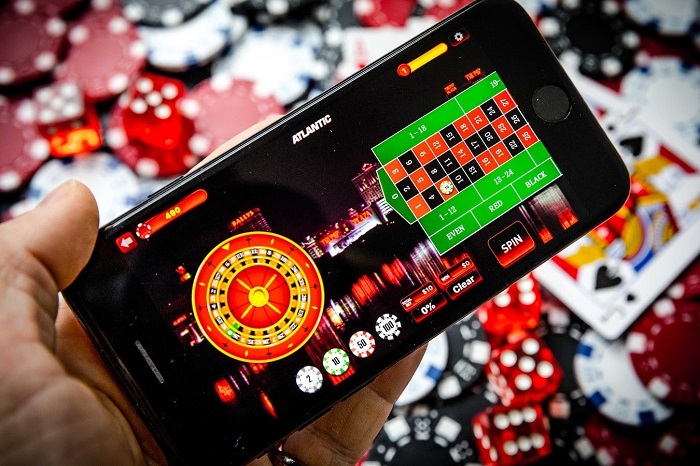 How to use mobile casino apps in India HTML5 Has Revolutionised Online Casinos and Other Industries – Where does it Go from Here?

5 Main reasons: Why your phone charging is slow?

Things to do after buying a new android phone