Earlier this month, John Wo, the developer behind Magisk updated Magisk 17.0 to 17.1 within a few hours. But this time, the developer took several weeks to release Magisk 17.2. In this version, you will find a new communication scheme, updated Resetprop, MagiskInit, and more. Moreover, the Magisk Manager App has been updated to version 6.0.0. 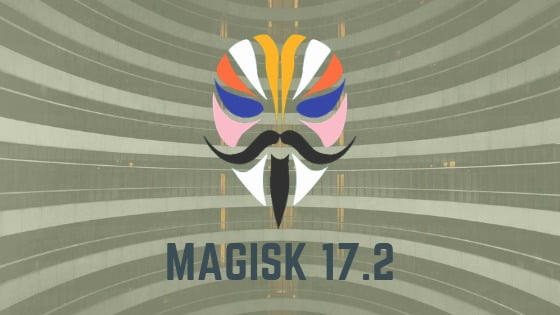 You can download Magisk 17.2 root package from the link given below. We also have a tutorial on how to install it on your Android device. For other versions, check out this post:

Magisk 17.2 is released to public beta, not via the stable channel. So, if you are already using Magisk root on your device, you may update it within the Manager App. In that case, you need to change the channel in the setting option and pull the home screen to get the update package directly.

Contents show
1 What is Magisk?
2 Why rooting?
3 Magisk 17.2 Changelog
4 Magisk Manager 6.0.0 Changelog
5 Download Magisk 17.2
5.1 Previous releases:
6 HOW TO: Install Magisk 17.2
7 How to update Magisk root to Magisk 17.2
8 Done with the rooting? Here’s something extra for you:
9 Why Magisk?
9.1 For those who are new to Magisk, these points will certainly peak your interest in Magisk:
10 Final Thoughts

The new Magisk 17.2 version can be flashed via TWRP Custom Recovery. If you are already in the previous version of Magisk, you don’t need to install it using recovery. You can directly update it using the beta channel. Check out how to update Magisk in the tutorial ahead.

How to update Magisk root to Magisk 17.2

[NOTE: The screenshot given above is taken from an older version of Magisk. But the process will be the same for version 17.2.]

After the reboot, the Magisk Manager 6.0.0 will be automatically installed, and you can proceed to browse through the official repository and download required modules to add extra features on your Android Device.

So you are done with this tutorial! You had successfully installed the latest Magisk 17.2 using our guide. If you faced any problem with performing this tutorial, please let us know by dropping a comment below. Our team will reply you back as soon as possible.

Here is How PUBG Hack works! Is it legal? [Find out more]