Magisk 19.0 full package is now available to download and install on Android devices to gain root access. Thanks to the developer topjohnwu to bring this update with Android Q supports. Those who were using Android Q developer builds on Pixel device can use this tool to get the root permission. This build brings a lot of changes and improvement — probably, the most ambitious build of Magisk yet! 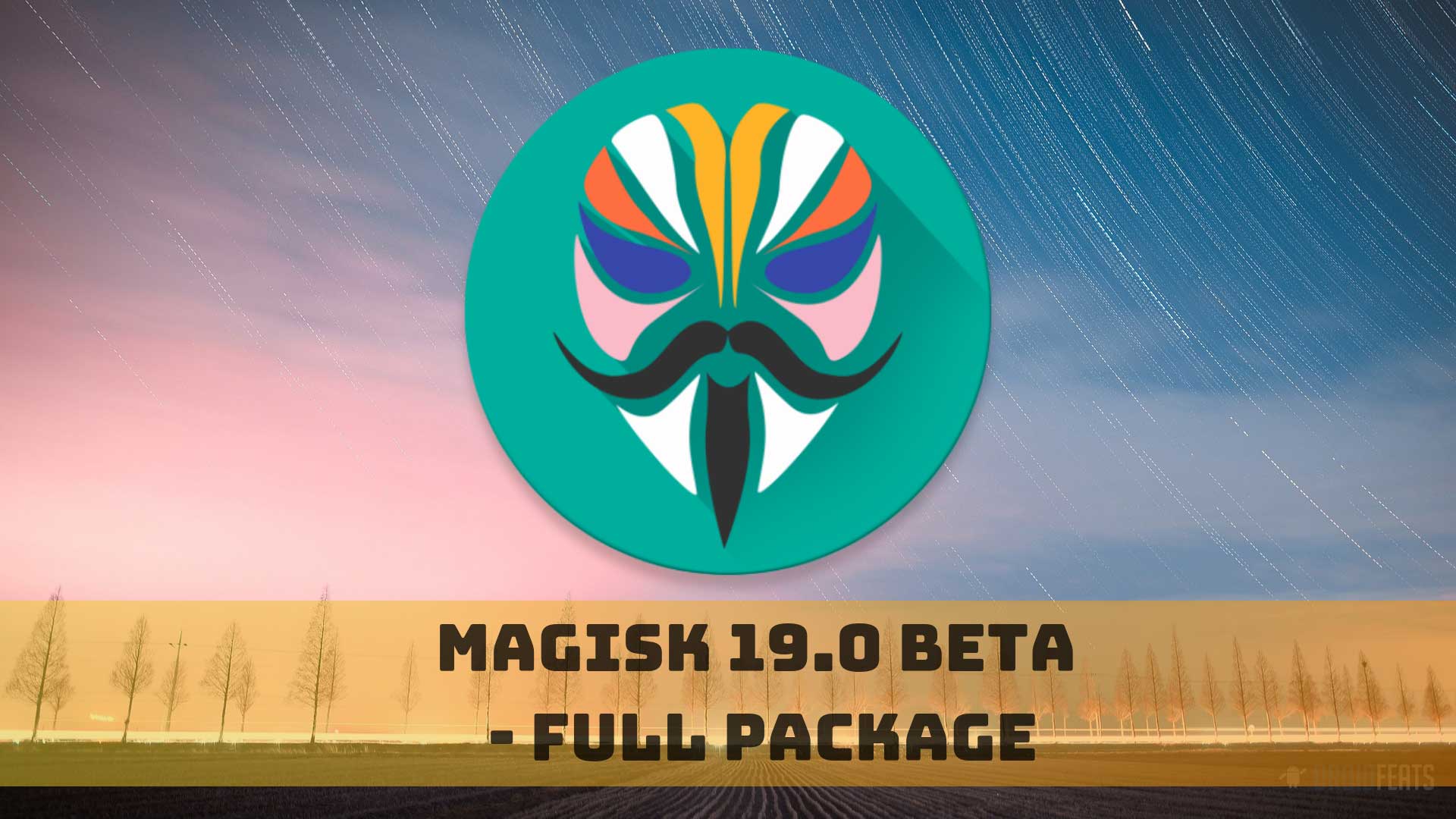 As the changes are quite significant, this build has moved its code-named from v18.x to 19.x, a notable upgrade. The most noticeable change is the support of Android Q which is quite amazing to see at the very initial stage of Android 10.

If you are looking forward to rooting your Android device, Magisk 19.0 beta established itself as a wholly reliable and complete utility.

Magisk 19.0 Beta utilizes a new implementation of storing modules which makes its compatibility much better and also fixes several bugs that exist in the previous build. Moreover, Magisk binary is now competent of running native 64 bit in the supported devices. Also, the most important thing is the support of Android Q, as we mentioned earlier. Recently, many devices got Android Q beta update; users can install Magisk 19.0 Beta and gain root access. The developer has already planned to extend support for logical partition devices (such as Pixel 3) in the next update. Also, Galaxy S10 series support is on the way. Check out the technical changes given below as per the developer site!

A complete changelog is given below as per the official XDA thread:

The developer has done an impressive job on updating Magisk to version 19.0 with a lot of useful features. We appreciate his hard work toward the community. You can now download Magisk 19.0 Beta ZIP and Magisk Manager 7.1.0 APK from the link below!

The new Magisk 19.0 version can be flashed via TWRP Custom Recovery. If you are already in the previous version of Magisk, you don’t need to install it using recovery. You can directly update it using the beta channel. Check out how to update Magisk in the tutorial ahead.

How to update Magisk root to Magisk 19.0

Scroll down to find ‘Update Channel’ and tap it. Select the option ‘Beta’ since that is the latest version that you will be upgrading to. Return to the Main screen and refresh by swiping the screen down. The refresh will automatically provide a pop up which provides an option to update the software.

Tap on ‘Install’ or in some devices ‘Direct Install.’ The latest Magisk 19.0 installer will do the work automatically. Reboot the device by tapping the ‘Reboot’ button.

[NOTE: The screenshot given above is taken from an older version of Magisk. But the process will be the same for version 19.0.]

After the reboot, the Magisk Manager 7.1.0 will be automatically installed, and you can proceed to browse through the official repository and download required modules to add extra features on your Android device.

So you are done with this tutorial! You had successfully installed the latest Magisk 19.0 Beta using our guide. If you faced any problem with performing this tutorial, please let us know by dropping a comment below. Our team will reply you back as soon as possible.